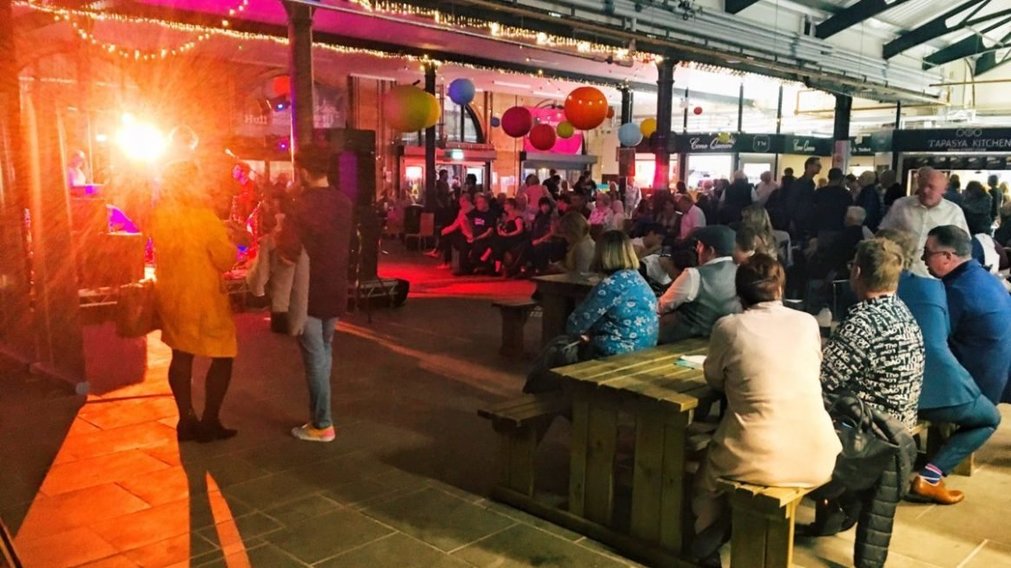 The weekly live music event, which last year brought thousands of extra people into the market on an evening, as well as giving a platform to many local bands and performers, will return next week.

The event, organised by Sesh Events, will return on Thursday 9 September.

Mark Page, from Sesh Events, said: “Following on from the initial success of Trinity Live in 2019, Sesh Events is delighted to have been asked to curate its return following its enforced break due to Covid. Working closely with Hull City Council Events team at the Trinity Market, we aim to shine the spotlight on the many fantastic independent traders within the market, whilst providing a platform for the some of the region’s very best talent.”

Trinity Live originally launched in May 2019 in the run-up to the annual, and enormously popular, Humber Street Sesh festival. This time it’s relaunching in time for the run up to the recently announced Inner City Sesh, due to take place in Queens Gardens on Saturday 18 September.

In total, Sesh Events put on 32 Trinity Live events in 2019/2020, bringing more than 15,000 people into the market and giving a platform to almost 100 local bands and musicians.

Rich Stephenson, from the band Listening Club, is one of the many musicians to have performed at Trinity Live.

He said: “Great live music, tasty food and welcoming crowds. Trinity Live has been a great inclusion to the live music scene in the city.

“We’ve loved both performing there and heading down to watch other bands too.

Councillor Daren Hale, Leader of Hull City Council, said: “It’s great news that Trinity Live can take place again. The events have always been well attended for the talented musicians, eclectic food and drinks on offer, with the market venue providing a vibrant atmosphere. The events will see more people coming into the city centre on an evening once again, which will benefit the night time economy, and the events provide a platform for our local talented musicians to showcase their music.”

As well as the live music, various different market traders support the event by serving up their diverse selection of food and drink.

John Copley and Jayne Allen recently opened Only, a vegan-friendly food stall in the market.

John, a familiar face on the Hull music scene, with the band Low Hummer as well as being a gifted solo performer, has graced the Trinity Live stage on a number of occasions.

John said: “I’m are looking forward to trading at it after playing it a few times, it’s a great event for the market with extra footfall for the traders as well as a unique atmosphere.”

As well as serving up their vegan food, John and Jayne will also be selling vegan beers and wine.