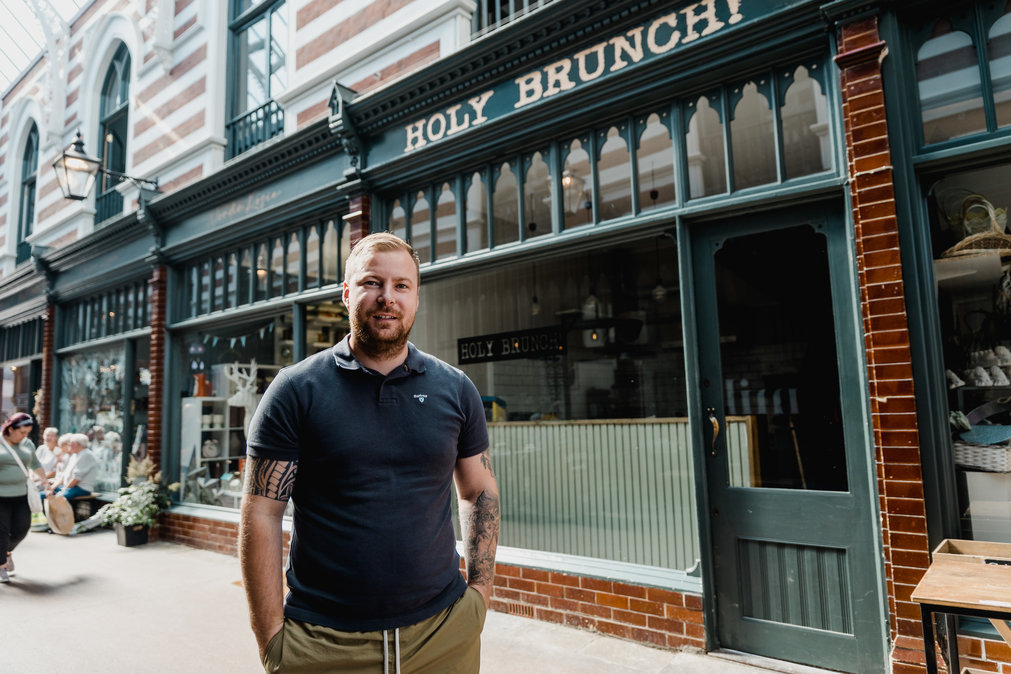 The man behind Hull’s first independent hot food online delivery platform is set to open a restaurant of his own – but he won’t be doing deliveries!

Jack Hanman launched Hull’s Kitchens in 2020 after paying more than £40,000 in commission for national brands to deliver food from his first restaurant, Temptation in St Stephen’s Shopping Centre.

Hull’s Kitchens did so well that Jack then closed Temptation to focus on plans to franchise the new brand. That is still his aim, with the service now also operating in Scunthorpe, but Jack has now launched a new venture, with Holy Brunch opening on Friday 17 September at Paragon Arcade.

Holy Brunch has created a mix of five full-time and part-time jobs on top of the three people employed by Hull’s Kitchens. Jack promises to offer an array of new ideas for brunch, drawing on the inspiration and expertise of a Michelin Star chef who is providing consultancy services.

Jack said: “I just love brunch. I never eat breakfast. I like to eat at about midday and I like a decent brunch.

“Holy Brunch came about because I am quite an avid foodie and I spend a lot of time in and around the city centre, where we have our Hull’s Kitchens office. But I find it frustrating because I just don’t think there are enough independent restaurants doing something different and out of the ordinary.”

Jack diversified after a unit became available in Paragon Arcade, which has been brought back to life by Allenby Commercial.

Georgia Allenby, Design and Marketing Manager at Allenby Commercial, said: “It’s not often we have a vacant unit and when something does become available we always get a lot of interest, which means we can go for a business which we think complements the other Arcade operators.

“Jack has got good experience and a great idea which we haven’t seen anywhere else in the Hull area. He recognises the potential of the unit he’s taken on and he's full of positivity – we’re confident he will turn it into another attraction which will lure people into Paragon Arcade and benefit everybody else in there.”

Holy Brunch will offer sweet sensations including apple and cinnamon topped with icing sugar, and seasonal berries compote with maple syrup, as well as savoury delights such as chorizo and pea hash, spicy baked beans with potato cakes and a Cajun breakfast bagel. There will be an extensive list of vegan options.

In the background, Jack will continue the roll-out of Hull’s Kitchens, which has now signed up nearly 60 restaurants and takeaways across the city with its commitment to provide a service which is affordable for customers and businesses, and with a promise to stay small and local.

Jack said: “Hull’s Kitchens came from our experience at Temptation of paying more than £40,000 in commission to national brands in our first year. For a lot less than that we were able to set up our website and app and provide businesses in our city with a much more appealing service.

“But no, it won’t be recruiting Holy Brunch. We’ll be operating as a takeaway and we’ve fitted out the first floor with old church pews and other quirky features to create seating for more than 20 people, but we know from Hull’s Kitchens that deliveries don’t work for everybody.”